Documentaries are non-fictional films based on true stories and events. A documentary film can inspire you more than a fictional movie because it makes you feel the reality and the facts on which the movie is based. In a fictionalized movie, most of the people believe that the created emotions are artificial, which is just a talent show. On the other hand, documentaries are very inspiring because they are picturized on someone’s real-life story or events in which they participated. 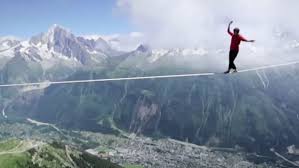 Here we will discuss some of the best inspirational documentaries that can change your life.

The Cove is a documentary film on the practice of hunting and slaughtering of dolphins in Japan. This film shows the captivity of dolphins and how we can take action to stop such kinds of brutal activities.  The Cove also illustrates the cruel and heartless behavior of the humans towards dolphins. It is a very inspirational documentary to educate people about the business of dolphin hunting. It has also shown that dolphin meat is hazardous for humans due to the presence of mercury in it. The attractive young dolphins were transferred to the departments of aquariums, and the rest were used to slaughter, as shown in the film.

Blackfish is another documentary film based on the captivity of fishes. This film revolves around the captivity of Tilikum fish, an orca, also known as blackfish due to its jet black color. It shows the 30 years captivity of an orca, which was held for 30 years at SeaWorld Orlando, which is in Florida. The main concern of this documentary was to show the psychological effects, which were impacting these orcas held in captivity. Tilikum fish was used for performing in the SeaWorld. These orcas became aggressive because of captivity, as shown in this movie. It is an inspirational documentary for stopping such activities.

Food Matters is a documentary film for inspiring health-conscious persons. The film shows how you can take control of your eating habits and health. A healthy body is essential for living a healthy lifestyle. You can do this by taking a balanced diet and avoiding fast-food and other fried food. It also shows how you can calculate your diet to manage the healthy environment of your body. If you are serious about your health, you should watch this inspirational documentary film.

Man On Wire is a documentary film on the brave task completed by Phillipe Petit. He is a tight-rope walker from France. This film shows his brilliance in walking on a tightrope, tied between the Twin Towers of the World Trade Center, New York in 1974. Later, he was arrested for this act, but he left a great inspiration that you can do anything in your life if you are confident and dare to face all the fears. It is a very inspirational documentary for those persons who do not believe in themselves.

Marley is a documentary film based on the life of Bob Marley. He was a great musician and a wonderful artist. This is a documentary film on his musical career and his struggles. Bob has to struggle a lot to become a famous musician. He failed several times in his musical career when he was young. But his hard work and dedication have played a crucial role in making him a superstar. It is a very inspirational film if you want to make your career in music and you are stopping yourself.

Jason Becker: Not Dead Yet

It is an inspirational documentary film based on a young guitar-playing artist, Jason Becker. He was the best passionate artist of his time. This film revolves around his struggles and passion for music. This film shows that once Jason was diagnosed with a disease and was neither able to walk without the help of a wheelchair nor, he could talk. Even after this, he continued to make his music sitting in the wheelchair, and his passion and dedication made him a great artist.

Jiro Dreams of Sushi is an inspirational documentary film based on the sushi master Jiro, who is a 94 years old Japanese cook, famous for his delicious sushi. The movie revolves around his passion for cooking sushi and dedication towards his profession.

It is an Israeli documentary animated film based on war and its consequences. This film was like a warning to the world. It shows that the result of a war is always disastrous. It is a very inspirational documentary film if you want to know the consequences of war.

Planet Earth is a documentary British TV series based on nature and its beauty. It was narrated by David Attenborough. The series includes episodes of nature and its habitat. BBC has shown the beauty of nature in a very impressive way. It is also another inspirational documentary to watch.

Billy Sparks is a creative person who has been writing blogs and articles about security. He writes about the latest updates regarding office.com/setup and how it can improve the work experience of users. His articles have been published in many popular e-magazines, blogs and websites.