How Exactly Does the PS5 Work?

The all-new PS5 is arriving next month, and there are a vast number of questions that need to be answered.

Everyone wants to have a firmer grasp on the information related to the console. The all-new PS5 would have backward compatibility, which means you will be able to play the majority of PS4 games on it. Other than this, there are a vast number of questions that are still there. These questions include some critical ones also. So, in this article, we will discuss them in detail. 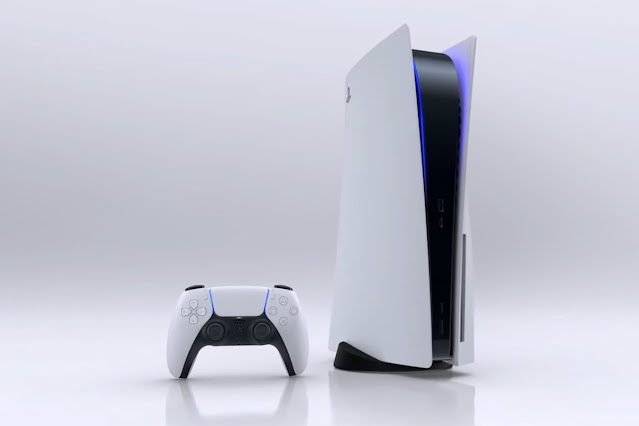 Many of us want to know about the UI of the PS5. Is it the PS4’s menu setup’s carryover? Are there new themes available on PS5 or does it have carryover themes of PS4? And more.

There’s not even a single screenshot of the menus yet provided by Sony. Why is Sony working so confidentially? We are also eager to know about every detail related to the PS5. The answers will leave a more meaningful impact on your PS5’s game playing experience.

What will happen to the party system? Will it work through generations? Sony claims that its PS4 games are backward compatible with PS5, but we are pretty sure that you would not want to trade in your PS4 towards the PS5. It is a cause of concern for the Xbox Series X/Series S as well. Many are asking if a user wants to upgrade to the next-gen console, and in the meanwhile, if his partner still stays on Xbox One, then what would happen? Can they play every game together? Will they get separated when it comes to the next-gen version of GTA Online?

We have at least in the case of Xbox, a decent understanding on the working of backward compatibility, and about the enhancements types that it would be allowed. Sony hasn’t revealed much about PS5 only that most of the PS4 games will work on it. Is Sony coming up with features like auto-HDR? Why do some PS5 games not support cross-generation saves?

The backward compatibility is an excellent feature for this new-gen console, but still, Sony should reveal more information as it hasn’t revealed anything else till now which is concerning. We don’t know the reason why Sony is trying to hide what the face is. Is it that the backward compatibility of Microsoft is more fully-featured? Or something else? It is important information to have, especially for those who are planning about which next-gen console they should buy.

There are plenty of questions that remain unanswered. Will the external hard drives be supported for backwards-compatible games? Do the Trophies and cloud save sync more efficiently on PS5 than on PS4? Will PS5 offer faster download speeds?

We are sure some of the questions will definitely be answered by Sony before a week or two ahead of the launch. Recently, Sony has revealed that the virtual surround sound of PS5 will not be available for TV speakers during the initial launch of PS5; however, the 3D Audio will be working with headsets from the very first day.

Still, there remains a vast number of unanswered questions; among them, some should have been addressed before the preorders. We hope that with the launch day, all of the concerns will get rendered.

James Williams is a creative person who has been writing blogs and articles about cyber security. He writes about the latest updates regarding mcafee.com/activate and how it can improve the work experience of users. His articles have been published in many popular e-magazines, blogs and websites.

Source:- How Exactly Does the PS5 Work?

October 15, 2020
With Android’s easy to use interface comes the countless opportunities to customize your device. That said, why not customize the app icons in your Android, like everyone else owning the rival device is doing. Till the time Android is supporting third-party apps, there are only a few things that Android cannot do, and other operating systems can. Case in point, setting a custom icon for your Android apps is a pretty straightforward process. In this article, you will learn how to do that yourself on your Android device. More aesthetical news here is that while you can download custom app icons using certain apps from the Google Play Store, users also have the option to use an image directly from their galleries or the Web to use it as their custom app icon. Edit an Image You Want to Set as an App Icon To set an image as an app icon, you must use a square image with a transparent background. The best part is that you can tweak any image according to the requirement mentioned above. To
3 comments
Read more

October 01, 2020
Windows show a lot of error messages when a task remains uncompleted or if it gets interrupted in the procedure. The “Windows was unable to complete the format” error message appears on your screen when there is an issue with your USB flash drive or SD card. It mainly occurs when you try to format a removable drive. Fortunately, you can resolve the error on your own using the tricks we have mentioned below. But first, you have to format your USB drive or SD card to fix the error, and this procedure will wipe your drive clean. Start by going to the File Explorer and then click on This PC. This will show you all the connected drives, and on that page, give a right-click to your removable drive and select Format. Choose the required options and click on Start to format the drive. Despite trying to format the drive multiple times, you might see “Windows was unable to complete the format” error message. In this case, start troubleshooting and then use the following methods: Format via Dis
1 comment
Read more