An Academy Award nominee for Arrival, Denis Villeneuve, was quoted as saying that he was not “satisfied” and felt partly “uncomfortable” with the 1984 film which was directed by David Lynch. 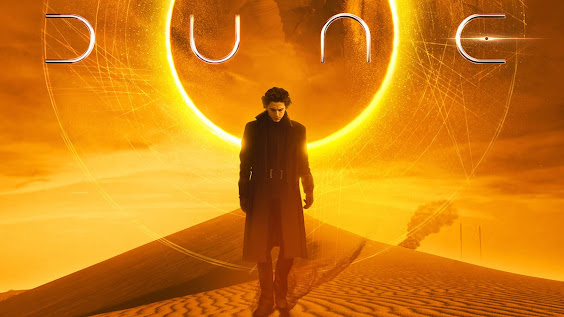 David Lynch is a veteran director with films like Eraserhead, Blue Velvet, The Elephant Man, and Mulholland Drive under his belt. He is not a man you want to be the successor of without giving several thoughts to the comparisons that will follow your work till eternity, but Villeneuve was convinced that he could make Dune and was not ready to sit on it after already attaining the experience of filling in Ridley Scott’s shoes with Blade Runner 2049.

But it is an undisputed fact that Dune is not an easy film to make for several disparate reasons.

The 1984 film Dune, directed by David Lynch, has never got much appreciation from any section of the society, and it has happened for all the right reasons. Even Lynch himself rejected the film.

Lynch got so pissed off after losing almost the entire creative control during the productions that he had to demand his name to be removed from the credits, and to this day, even after 36 years, he remembers the film with sadness.

However, Villeneuve believes he has a chance to retell the beautiful story of Dune on the big screen and create a visual piece of a standard that the story deserves.

In an interview that he gave to Empire Magazine, Villeneuve expressed his disappointment with the previous adaptation and expressed his opinion about the possibility of a chance for someone to just retell the story with different “sensibility.”

Back in November 2017, Villeneuve did reveal that he has no desire to make Dune anywhere close to the plot of the 1984 film, saying that his film will be closer to his vision for Dune and will have its roots based on the plot from the novel, but he conceded that he would make changes to that as well.

Recently he also talked about his plans to expand the role of Lady Jessica by making her more powerful, something that he has altered from the books, among other things.

Despite his unwillingness to appreciate the 1984 film, Villeneuve still calls himself “a David Lynch fan.”

As far as Lynch is concerned, his memories from 1984 are so bad that he does not even want to watch Dune again, and he recently stated that he has “zero interest” in watching Denis Villeneuve’s epic. Of course, this was not a reaction born out of jealousy towards Villeneuve, but because of his own experience as director of the previous iteration, an experience so bad that he wishes not to engross himself in that world anymore.

In David Lynch’s words, Dune was a “huge gigantic sadness” as he had lost all creative control of the film, and the film that ultimately was made was far from what he had envisioned.

The soundtrack for the film will be given by renowned composer and recipient of an Academy Award and four Grammy Awards, Hans Zimmer.

Dune is the upcoming Christmas time tentpole with Warner Bros planning to release it on December the 18th. This is, of course, considering that all is well regarding the pandemic uncertainties.

ELON BROWN is a creative person who has been writing blogs and articles about security. He writes about the latest updates regarding office.com/setup and how it can improve the work experience of users. His articles have been published in many popular e-magazines, blogs, and websites.